You are here: Home / About Kingdom Kidz, Inc. / Honor and Memorials / In Loving Memory of Margaret Gertrude “Peggy” Evans 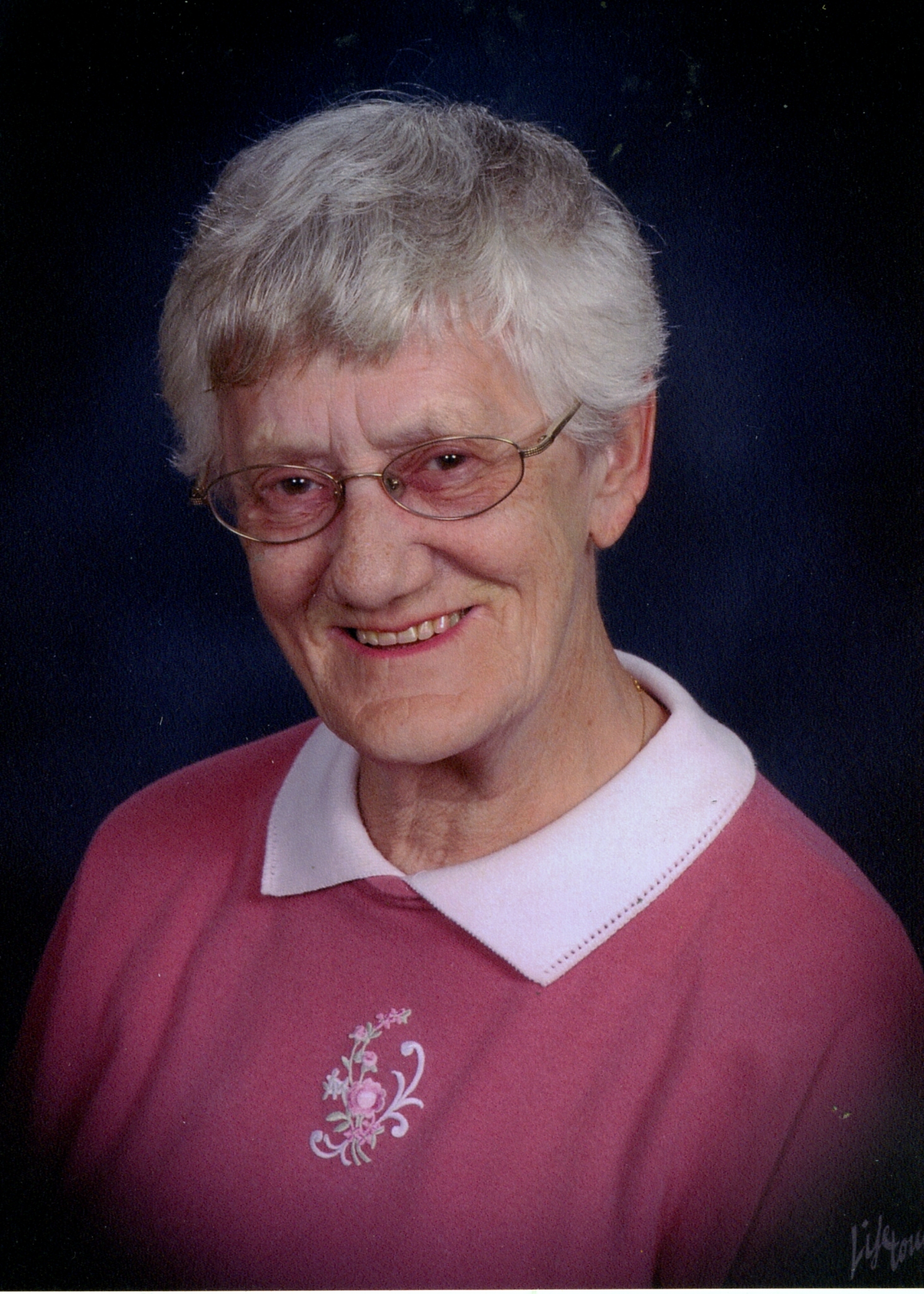 Jan. 3, 1940 – Dec. 29, 2016 How does a question begin an avalanche of ideas that turns into a project? Recently, the Kingdom Kidz experienced just that. When Donna Bridge, General Manager, was approached at the funeral of Margaret Gertrude Evans, fondly known as Peggy “Lulu” by her family, she was asked, “Do you have anything at your Puppet Home that we could give as a memorial to the Kidz in memory of Peggy”? While sitting in the service and hearing about Peggy’s life activities of doing for others and  her sister (Mary Showers) describing her as the most loving, caring and friendliest person she ever knew, the question brought just one idea. Renovations were being made at the Puppet HOME (11 E. 3rd St., Watsontown) to the social hall. What a perfect place to put a memorial as this room would be used for outreach to the community where they would feel loved and cared for, just as Peggy did. Generous in her soda tab and box top collections, she was a constant “friend and encourager” of Kingdom Kidz. She had her entire family, including brother and sisters (Mary Showers, Thornton Moser, Richard Moser and Ethel Mae “Cookie” Keister), as well as nieces and nephews involved in the collections. She would call Donna and ask her to stop gather the collections.

Not knowing how this memorial would happen, throughout the next month prayer  was given to the idea and a phone call was placed to Peggy’s stepdaughter, Judy McLaughlin (who had asked the question. During the next few weeks, the family would be gathering together for another event, and ideas began to flow. As Donna asked for name suggestions of the room, several (Peggy’s Palace, Lulu’s Place, Peggy’s Nook, Peggy’s Corner) flowed forth. Since the room would be used for outreach to the community and the word “king” is part of Kingdom Kidz, the family chose “Peggy’s Palace.” Because family was important to Peggy and she loved getting together with them, the natural progression for the name came to fruition. Peggy’s life’s mission was to reach out to others, just as Kingdom Kidz does. Her grandson, Mark Moser, stated that having this room named “Peggy’s Palace” was a fitting way to honor her. He shared at a family gathering, “It’s like God had this planned.” His wife Sheila remembers walking pass Peggy’s house and receiving a quick smile and wave from Peggy, even before she married Mark. Grandson Zach McGee noted that when he would take Peggy somewhere, “it would take a while to get home because Peggy knew everyone and many conversations were happening.” A dedication of the room would be a natural way for the family to experience “Peggy’s Palace” first hand.  On display will be family memorabilia and a slide presentation about Peggy’s life. Her brother, Thornton (Sonny) Moser inquired about having her bicycle (NELLIE BELLE) as part of the dedication. This was Peggy’s mode of transportation given to her by a neighbor, Tom Fetzer. The basket was used to transport her nephew, Paul Jr., when he was 3 or 4 years old while she went on errands. The avalanche of ideas continued. A scenery mural, to be painted by Warrior Run students, has been planned for the one wall in “Peggy’s Palace”. Now Peggy riding her bicycle will be implemented in the mural as depicted by a photo the family has found. A simple question when given to God for an answer has resulted in a memorial for a person who was a “friend and encourager” of Kingdom Kidz sharing their vision of reaching out to others with God’s love. 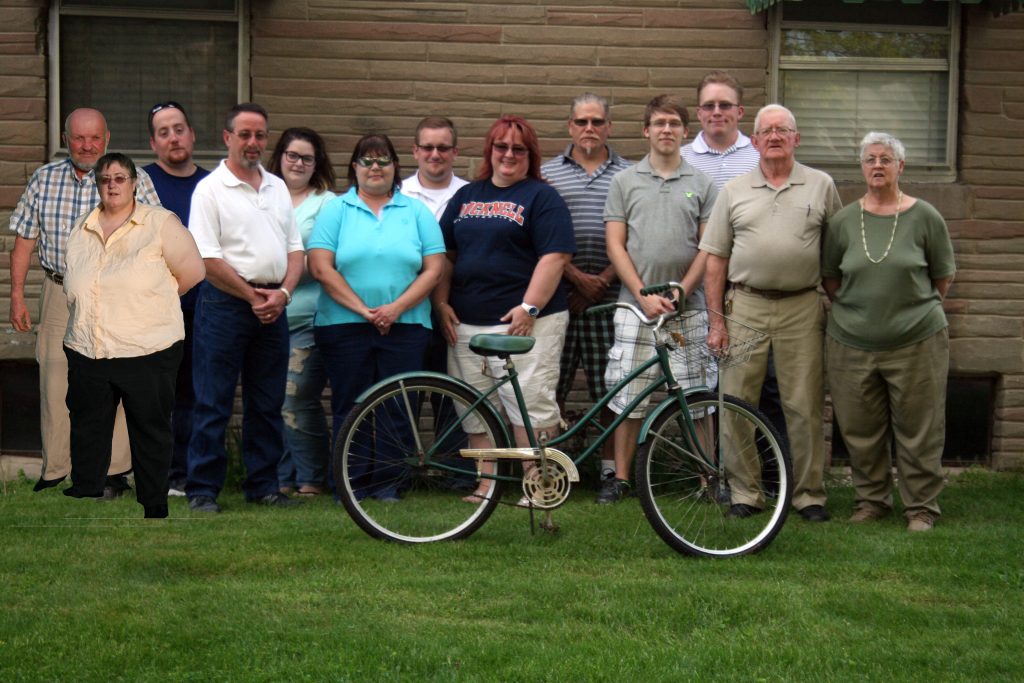 Family who gathered recently to share memories of Peggy.